In this course I layout the five basic components of creating and telling a compelling, concise and moving video for your viewers.

Following these five basic elements of storytelling will keep your message to the point and your viewers eyeballs on the screen!

BONUS: you'll find three very simple scripts inside so you can begin to shape your message in order to tell your own stories right away. Get your message across the way you intend to! 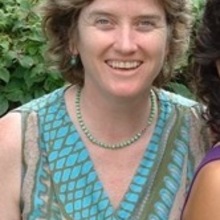 Award-winning documentary filmmaker Jamee Culbertson’s extensive film industry career spans 20+ years. While working for Alta Vision Production Company, Jamee worked on such documentary films as “USS the Sullivans, A Sailor’s Story“, “Moor Tenors“, and the short film “Claudia’s Crescent Kick”. Jamee recently produced and directed the documentary film “How It All Began, Origins of the Universal Healing Tao System” about the iconic Taoist Master Mantak Chia. Being a Senior Universal Healing Tao Instructor afforded Jamee an intimate perspective in telling this story. This unique vantage point, coupled with her film making expertise, garnered Jamee Second Place for Best Documentary from the Annual Alliance for Community Media, Northeast Regional Film Festival. This film has been picked up by a distribution company and was released in the summer of 2014!

In addition to her work in the film industry, Jamee is a Certified Alexander Technique Instructor currently teaching at the Boston Conservatory. She has also worked on theatrical productions, most notably as Stage Manager for ‘Jazz, Poetry, Jazz” starring Joanne Woodward and the Darius Brubeck Ensemble. As a singer/songwriter, Jamee’s music has been used in video projects for the Healing Arts. Jamee is a graduate of the Berklee School of Music. Jamee is Owner and Creative Director of Way of the Arrow Media.

“Jamee is a joy to work with. Technically savvy, cooperative, and eager to please, she will help your project get off the ground if it has trouble flying, and if it is already in the air, will help you steer it to a stellar landing. I can’t recommend her enough.” ~ Sharon Smith, NYC

“Jamee is an incredibly grounded, respectful, and creative innovator. Both nurturing and open-minded, she was able to consider the value of each direction and approach that we discussed and see the short and long term value of each of them. She’s quietly passionate about her company’s goals and easily installed that in me – as well as other freelance members of her team. Working for/with Jamee is an incredibly rewarding experience both creatively and professionally.” ~ Phil Frabetti

‘How It All Began, Origins of Master Mantak Chia’s Healing Tao System’

Jamee Culbertson, Owner of Way of the Arrow Media

Documentary Film: "How it All Began, Origins of the Universal Healing Tao System"